Startups touting themselves as space travel agencies might be old news, but the recent partnership between aircraft manufacturer Boeing and Space Adventures may bear some interesting fruit. Boeing officially announced the joint initiative on its website and the news has spread like wildfire across the blogosphere. The particular bit that has caught the public’s imagination is Boeing/Space Adventures will begin sending a few multimillionaires to orbit by 2015. 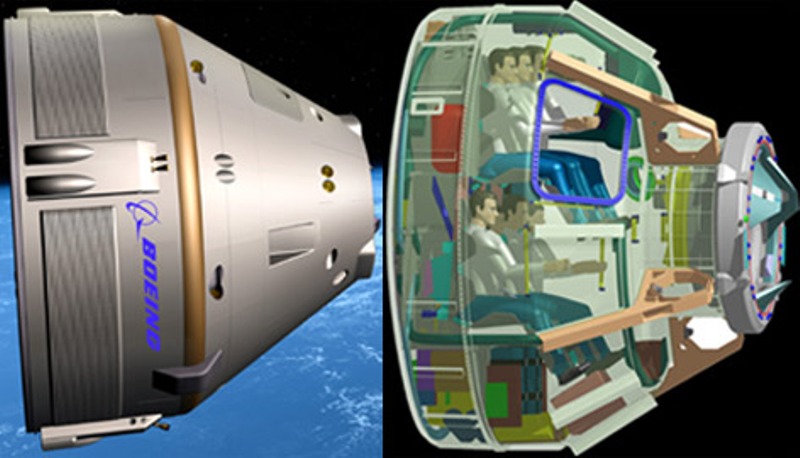 The vehicle of choice for the job is the underwhelming CST-100 capsule. Meant to be propelled by a rocket and subsequently docked on a space station, the CST-100 is a Boeing transport built for the post-shuttle era. Its shape slightly reminiscent of a ball pen cap, the CST-100 has seating for seven passengers. However, unless NASA can finally unveil its new rockets within the next few years the CST-100 will be used on Russian Soyuz spacecraft. The problem is, at $50 million a seat NASA can’t afford to send as many personnel as it wants hence the vacant spots are up for grabs. Enter Boeing and Space Adventures.

At least this is the beginning of a broader space tourism trend Boeing and Space Adventures want to achieve. The partnership has ambitious plans, with privatized space stations and launchers being part of their long-term goals. While there is no official price yet, judging by how much NASA is already coughing up for each trip, your own space odyssey will set you back between $20 to $40 million.