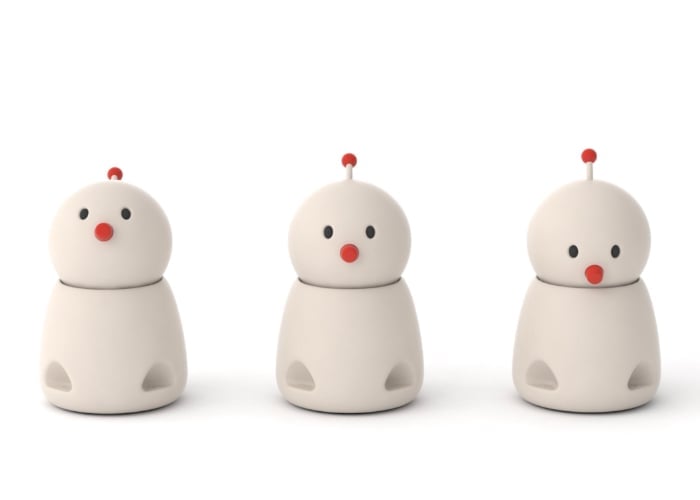 During CES 2019 a new friendly companion robot was unveiled in the form of BOCCO emo, created by the Japanese company YUKAI. BOCCO emo has been designed to be a family communication device and the small robot is capable of relaying the emotional context of messages it receives and broadcasts. Watch the demonstration video below to learn more.

Features of the BOCCO emo include :

– Used by both individual customers and security and utility companies as a family care robot.
– Easy 3-button system (record, play and volume) for voice/text message exchange.
– Instant home-to-home voice interaction, even if users are thousands of miles away from each other.
– Instant notifications from the Room Sensor, Lock Sensor and Door Sensor regarding room temperatures, humidity and luminance levels, traffic inside home.
– BOCCO Channels allowing direct programming on the app for task reminders, emergency notifications, weather information, etc.
– Used as the control hub in smart homes developed by major builders in Japan

“BOCCO emo is the new generation of BOCCO, YUKAI’S popular family communication robot. BOCCO emo expresses its empathy through gestures and sounds in response to the user’s voice as well as the emotional contents of incoming/outgoing text messages, including emojis. Because the user’s presence alone can prompt reactions from the robot, no trigger word is necessary to activate the device.”

The cute message robot is expected to launch sometime during the fall 2019 and will be priced at around $200. As more information is made available we will keep you up to speed as always.