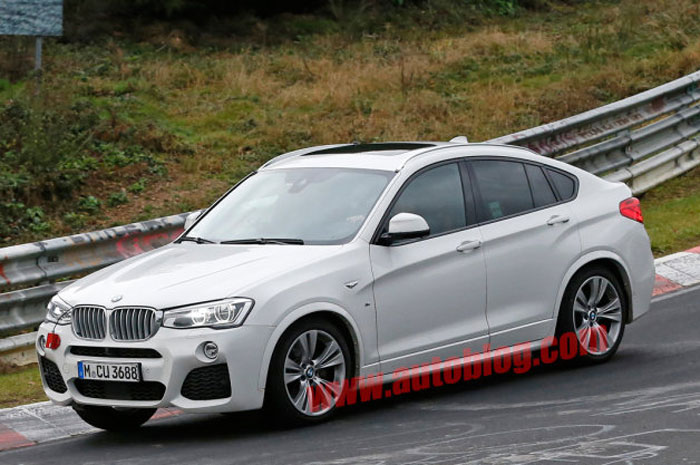 If you are into cars, you probably know that manufacturers from around the world like to take their cars to Germany for testing on the famous Nurburgring racing track. Many of these cars are never meant to be used on a racetrack; the makers just like to say that they were track tuned. Such is the case with BMW and a new car that was recently spied testing in Germany.

The car is the BMW X4 M40i and it’s a hopped up version of the existing X4 vehicles. Word is that the M40i version will use the same 3.0L turbo six-cylinder engine that the M235i uses. That engine produces 365 to 375 hp in M235i form. Cars like theM235i sit below BMW’s infamous M series of vehicles such as the M3 and the new M4.

Notable differences between the M40i and the normal cars in the series include a more aggressive body kit, larger wheels and tires, a firmer suspension, and bigger brakes. The car is expected to get some updates on the inside with sportier seats and a special M steering wheel. With the car out testing with no camouflage, it is expected to be launching soon, perhaps at the LA Auto Show.