If you are a big fan of YouTube, Bluedot’s YouTube XL might well be the gadget for you. Its been introduced in Japan this week and is Bluedot’s first YouTube set top box allowing you to view YouTube on your TV with tying up your computer.

The new YouTube XL BTC-10, provides direct access to YouTube contents and connects to your TV via a HDMI port and then to the Internet allowing computer free viewing for your favourite YouTube videos. 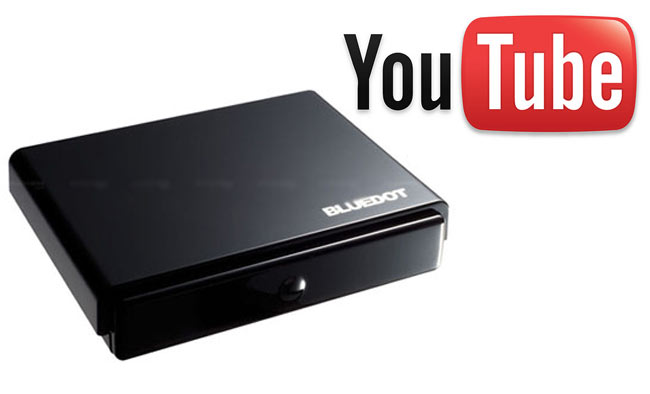 The BlueDot XL will be arriving in Japan this March at around 13,000 Yen or around $155, but no details on worldwide export have been released as yet.