Bloom Box is gearing itself up to be the next big clean energy system with two blocks being able to  power the average high-consumption American home says founder K.R. Sridhar.

The Bloom Box fuel cells are constructed of inexpensive ceramic plates coated with a special green and black ink. The more plates you combine the more power the Bloom Box will produced. Check out the video after the jump. 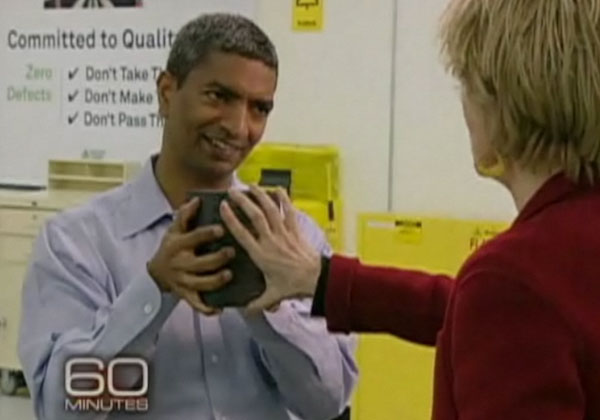 Over $400 million has already been invested into the new fuel cell technology from Silicon Valley venture capitalists and trials of the fuel cells are already in Ebay, Google, Staples and Ebay is already having 15% of its electricity in its office supplied by the fuel cells.