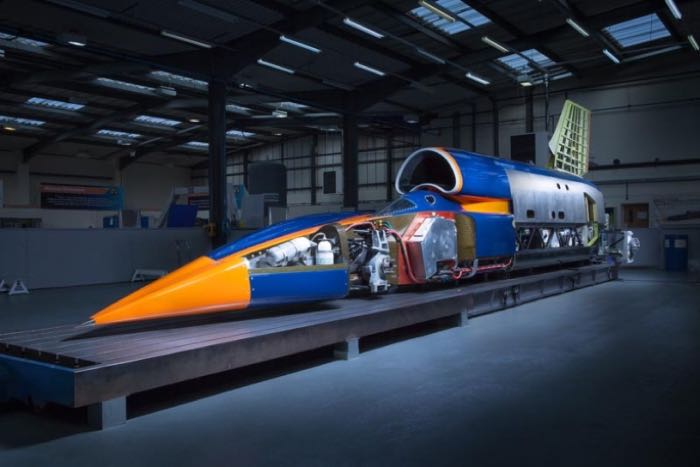 The Bloodhound SSC was supposed to make its 1,000 miles per hour world record attempt this year and now the company behind the project has announced that it has been pushed back until 2017.

The final version of the vehicle that will make the record attempt was announced in September of last year.

The company behind the project has revealed that the Bloodhound SSC will take place in runway trials later this year and will attempt to break its first record in 2017 with a run of 800 miles per hour.

Project Director Richard Noble said, “The most difficult part is behind us: we have designed and built the world’s ultimate racing car and prepared the best land speed racing track in history. We’ve also created a successful inspiration programme operating in 33 countries around the world.

“What we need now are the funds to run the car and money is just a function of perseverance and timing. Doing something truly unique, on a global scale, with such high technology, is never easy – ask Richard Branson or Elon Musk, but that makes the story we’re sharing with millions of supporters all the more interesting.

After the 800 MPH record attempt the company will try and reach speeds of 1,000 miles per hour, you can find out more details about the project at the link below.