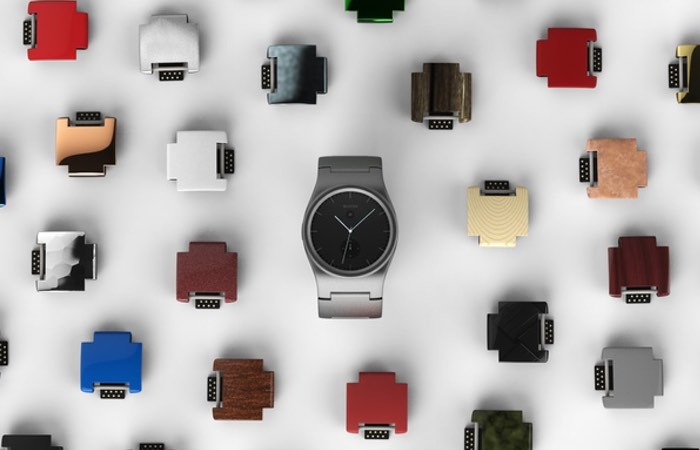 The Blocks modular smartwatch which still has a days remaining on its Kickstarter campaign has already passed $1.4 million in pledges thanks to over 4400 backers.

The development team behind the Blocks wearable device have this week announced they will be adding a new fingerprint reader module to their list of available modules at launch as well as announcing support for the AT&T Mobile network.

In the latest update released this week the team behind the Blocks smartwatch have announced a new stretch goal at $1.5 million that will add an AMOLED screen to the wrist one wearable.

The team has also partnered with Tateossian, a British jewellery and accessories brand to provide a few more customisation options for users in the form of luxury shells, allowing users to mix a number of different colours, textures and materials together to create a very individual wearable device. You can see a selection of the prototype module finishes in the image above.

For more details on all the new stretch goal specifications, custom finish details and new additions to the range of modules. Jump over to the Kickstarter crowdfunding website for more information and to make a pledge to be one of the first to be able to wear the new Blocks modular smartwatch wearable.