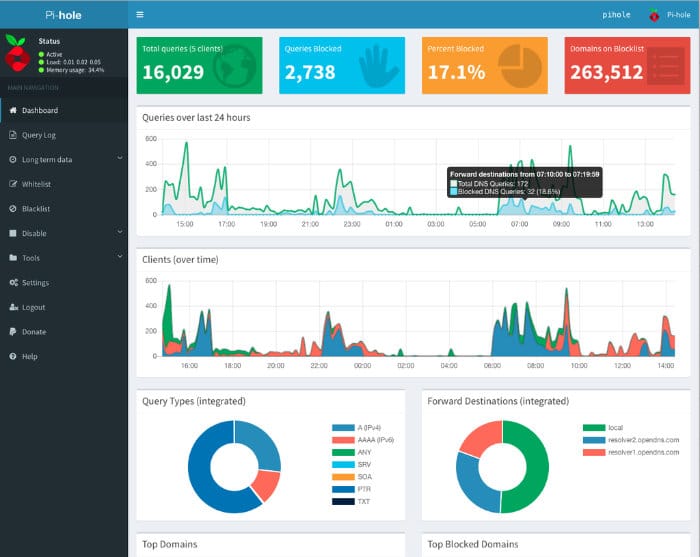 To block the unwanted advertising from all devices connected to your home network Pi-hole functions as an internal, private DNS server for your network. For many home users, this service is already running on your router, but your router doesn’t know where advertisements are, but Pi-hole does. Pi-hole will intercept any queries for known ad-serving domains and deny them access, so advertising will not be downloaded.

Jacob Salmela, creator of Pi-hole explains more about the software he has created.

“I originally made Pi-hole as a replacement for the AdTrap device. I have a background in networking, so I figured I could make something better with some inexpensive hardware like the Raspberry Pi. I spent two summers working on the project and made the code open source. Four years later, we have several developers working on Pi-hole, and we have grown into a very large project with a vibrant community.

The Pi-hole software has very low resource requirements and can even run on a Raspberry Pi Zero W. And despite its name, you can also install Pi-hole on several other Linux distributions. Many users install it on a VM or in a container and let it provide services that way. But since Pi-hole’s resource requirements are so low, many users have found it to be a good use of their older, lower-powered model Raspberry Pis. Simply install Pi-hole, connect the Pi to your router, and begin blocking ads everywhere.”