Blizzard has released three official Starcraft 2 mods this week which are now available to download from battle.net an include a puzzle-solving mod called Starjeweled, a cooking race mod called Aiur Chef and a survival and siege mod called Left 2 Die.

In Left 2 Die you need to defend your base from onrushing zerg infested. Protect yourself from the relentless hordes during the night, and build up your forces to strike back during the daytime. Cooperate, or measure your survival in seconds. 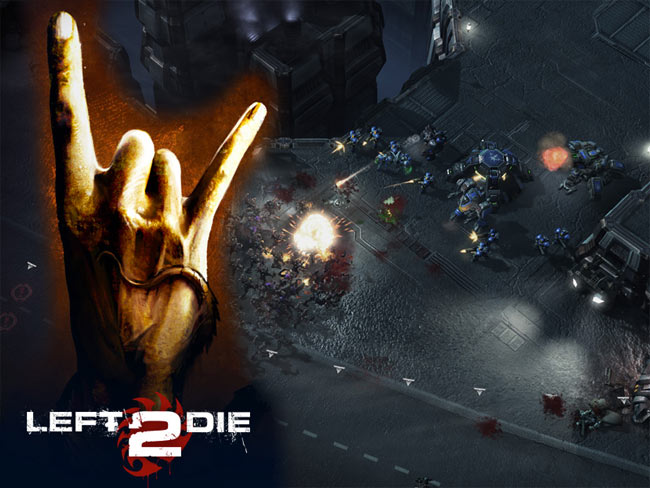 In Aiur Chef gather and mix exotic ingredients in a cooking race against your opponents. Choose your recipes carefully to achieve culinary dominance and be counted among the most hallowed chefs of Aiur!

The third,  Starjeweled allows you to pit your puzzle-solving talents against your opponent’s. Match jewels to generate resources – and spend them to attack with StarCraft II units, countering your adversary’s forces and destroying their base.

The 3 new Starcraft mods are now available to download from Battle.net