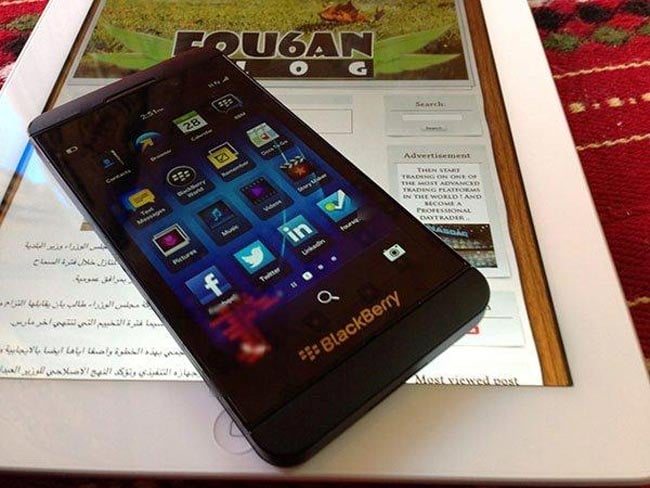 The BlackBerry Z10 will also come with 4G LTE, WiFi, Bluetooth, GPS and NFC, the only thing we don not now as yet is which processor will be powering the handset.