Following on from the leaked press shots earlier in the week, now the first hands-on look at the Blackberry Z10 smartphone has been released by Telekom-Presse, providing us with a glimpse of what we can expect from the Z10 when it officially launches.

The video reveals that the Blackberry Z10 will be powered by a dual-core 1.5GHz ARM Cortex A9 processor supported by 2GB of RAM and will include 16GB of internal memory. 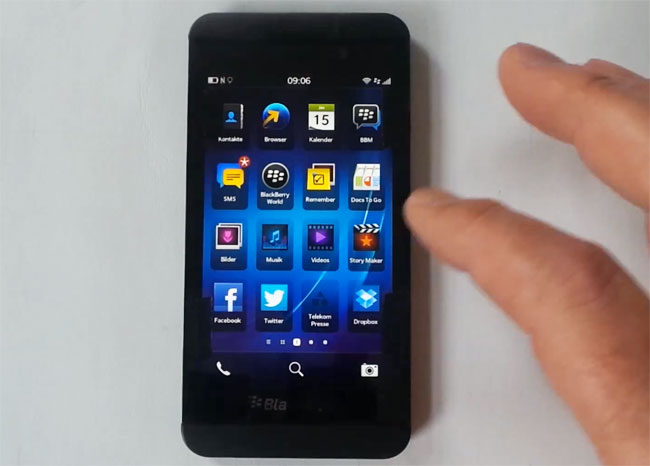 The Blackberry Z10 is also equipped with 4.2-inch HD display  with a resolution of 1280 x 768 pixels, and weighs 125grams or 4.4 ounces. RIM’s new BlackBerry 10 smartphones, will launch on January 30th along with the new BlackBerry 10 OS.