We previously heard that the BlackBerry PlayBook tablet would be available with Sprint in the US, but now it looks like it may also be headed to Verizon Wireless.

The guys over at Skattertech spotted a new website called Playbook Without Limits, with the the PlayBook listed as coming to Verizon Wireless. 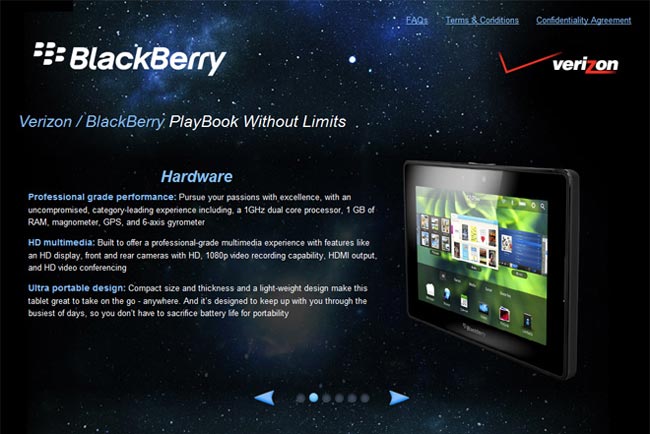 After some digging around the Skattertech guys found out that the domain is registered to a PR firm who looks after both RIM and Verizon wireless.