Yesterday we saw some photos of the new BlackBerry Bold 9970, and now the guys over at the BGR have got their hands on another new BlackBerry device from RIM, The BlackBerry Curve 9380.

According to the guys over at the BGR, the BlackBerry Curve 9380 will come with an 800MHz processor, and a 3.25 inch touchscreen display, plus a 5 megapixel camera which capture HD video in 720p. 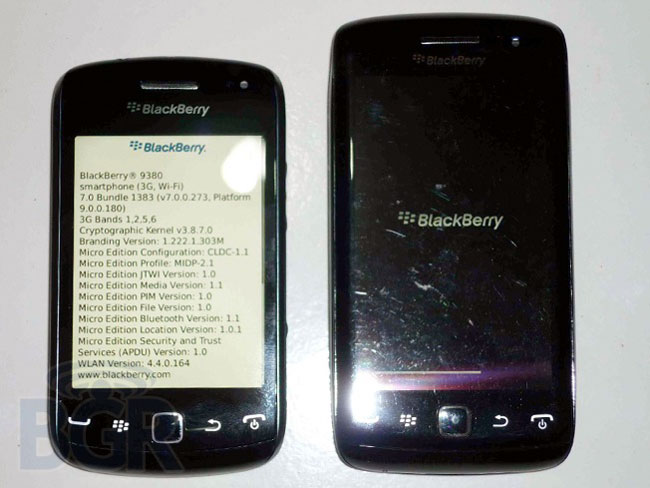 Other specifications include 1GB of built in storage, plus NFC, you can see lots more photos of the BlackBerry Curve 9380 over at the Boy Genius Report.