As well as announcing the new BlackBerry Torch 9800 slider smartphone which will feature BlackBerrys new OS, RIM also announced the handsets in their existing smartphone range that will be getting updated to BlackBerry 6 OS. 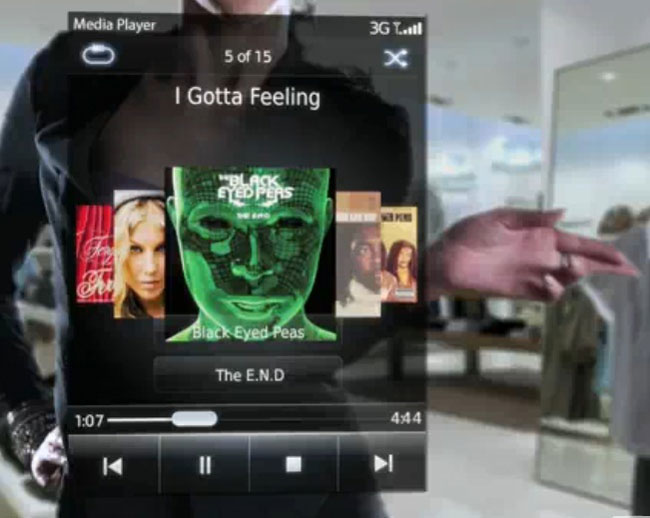 You can see full details on the new BlackBerry 6 OS in the press release below.

Waterloo, ON – Research In Motion (RIM) (NASDAQ: RIMM; TSX: RIM) today announced BlackBerry® 6, a new operating system for BlackBerry® smartphones that retains the trusted features that distinguish the BlackBerry brand while delivering a fresh, approachable and engaging experience that is both powerful and easy to use. BlackBerry 6 features a redesigned interface that seamlessly works with a touch screen and trackpad, expanded messaging capabilities that simplify managing social media and RSS feeds, an advanced multimedia experience that rivals the best in the industry, a convenient new Universal Search tool, and a new and efficient WebKit-based browser that renders web pages quickly and beautifully for a great browsing experience.

“BlackBerry 6 is the outcome of RIM’s ongoing passion to deliver a powerful, simplified and optimized user experience for both touch screen and keyboard fans,” said Mike Lazaridis, president and co-ceo, Research In Motion.  “Following extensive research and development to address consumer needs and wants, we are delivering a communications, browsing and multimedia experience that we think users will love, and we are thrilled to debut BlackBerry 6 on the amazing new BlackBerry Torch smartphone.”

Visual, Fluid Interface
BlackBerry 6 has been redesigned making it easier and more intuitive, with clean, sleek visuals and natural, fluid navigation. Designed to be both fresh and familiar, the new interface enables a productive, fun and highly satisfying user experience whether using a touch screen or trackpad and keyboard.

BlackBerry 6 offers multiple views that help users better organize their applications and content. Icons are arranged on the Home Screen in 5 customizable views (All, Favorites, Media, Downloads and Frequent) that are navigable with simple swipes. Users can organize where they want their icons to appear, and can add contacts or web page shortcuts directly to the Home Screen.

Also new to BlackBerry 6 are visually-rich, context-sensitive Action Menus. Within a given application, by clicking and holding the trackpad or through an extended touch of the display, users can bring the most common actions or tasks of an application to the surface. In addition, users can seamlessly multitask by holding down the Menu key, which pops up a visual grid of all the applications currently running, so users can instantly switch between applications.

A powerful Universal Search tool is also accessible from the Home Screen. By simply clicking or tapping the Universal Search icon, users can search for any content on their handset, the web or in the new BlackBerry App World™, which is also integral to BlackBerry 6.

Fast Rich Web Browsing
BlackBerry 6 integrates a new and efficient WebKit-based browser that renders web pages (as well as email) quickly and beautifully for a great browsing experience. It features tabs for accessing multiple sites simultaneously, an auto-wrap text zoom feature that can intelligently wrap text in a column while maintaining the placement of a page’s key elements, and pinch to zoom.

RIM’s new Text Messages application also adds exciting new features for users who communicate mostly via SMS and MMS, including the ability for users to now view a conversation in one threaded ‘chat’ as well as share photos, videos and other rich content.

Engaging Multimedia Experience
The multimedia experience in BlackBerry 6 is designed to give users a more engaging and streamlined experience with album art everywhere in the new music and video players. The new BlackBerry® Desktop Software 6 integrates media sync for easily syncing photos and videos as well as iTunes® and Windows Media® Player music with the smartphone*. It also includes Wi-Fi Music Sync, a unique feature that allows users to view their entire iTunes® or Windows Media® Player music libraries from their BlackBerry smartphone, create and edit playlists, as well as select music for download. When in range of their home Wi-Fi network (or via USB), the changes are synced with iTunes® or Windows Media® Player and the songs are automatically downloaded to the smartphone.

BlackBerry 6 also gives users access to a range of camera modes that can help them capture better images. Editing, organizing and sharing shots is amazingly simple, with intuitive options for grouping pictures.

The new Podcasts application makes it easy for users to find and manage audio and video podcasts. Users can view all the podcasts saved on their smartphone, browse a catalogue of podcasts available for download, subscribe to them, and wirelessly download the content directly onto their smartphone. There is also a dedicated YouTube® application, so viewing and sharing videos is easier than ever and users can also easily search for videos using the new Universal Search tool in BlackBerry 6.

Research In Motion is releasing an SDK for BlackBerry 6 (also announced today). Developers can find additional details at www.blackberry.com/developers/blackberry6.

* Certain music files may not be supported, including files that contain digital rights management technologies. Photo and video syncing is currently only available for Windows-based PCs.

About Research In Motion (RIM)
Research In Motion is a leading designer, manufacturer and marketer of innovative wireless solutions for the worldwide mobile communications market. Through the development of integrated hardware, software and services that support multiple wireless network standards, RIM provides platforms and solutions for seamless access to time-sensitive information including email, phone, SMS messaging, Internet and intranet-based applications. RIM technology also enables a broad array of third party developers and manufacturers to enhance their products and services with wireless connectivity to data. RIM’s portfolio of award-winning products, services and embedded technologies are used by thousands of organizations around the world and include the BlackBerry® wireless platform, the RIM Wireless Handheld™ product line, software development tools, radio-modems and software/hardware licensing agreements. Founded in 1984 and based in Waterloo, Ontario, RIM operates offices in North America, Europe and Asia Pacific. RIM is listed on the NASDAQ Stock Market (NASDAQ: RIMM) and the Toronto Stock Exchange (TSX: RIM). For more information, visit www.rim.com or www.blackberry.com.

Forward-looking statements in this news release are made pursuant to the “safe harbor” provisions of the U.S. Private Securities Litigation Reform Act of 1995 and applicable Canadian securities laws.  When used herein, words such as “expect”, “anticipate”, “estimate”,  “may”,  “will”, “should”, “intend,” “believe”, and similar expressions, are intended to identify forward-looking statements.  Forward-looking statements are based on estimates and assumptions made by RIM in light of its experience and its perception of historical trends, current conditions and expected future developments, as well as other factors that RIM believes are appropriate in the circumstances.  Many factors could cause RIM’s actual results, performance or achievements to differ materially from those expressed or implied by the forward-looking statements, including those described in the “Risk Factors” section of RIM’s Annual Information Form, which is included in its Annual Report on Form 40-F (copies of which filings may be obtained at www.sedar.com or www.sec.gov).  These factors should be considered carefully, and readers should not place undue reliance on RIM’s forward-looking statements.  RIM has no intention and undertakes no obligation to update or revise any forward-looking statements, whether as a result of new information, future events or otherwise, except as required by law.

The BlackBerry and RIM families of related marks, images and symbols are the exclusive properties and trademarks of Research In Motion Limited.  RIM, Research In Motion and BlackBerry are registered with the U.S. Patent and Trademark Office and may be pending or registered in other countries. Wi-Fi is a registered trademark of the Wi-Fi Alliance. All other brands, product names, company names, trademarks and service marks are the properties of their respective owners. RIM assumes no obligations or liability and makes no representation, warranty, endorsement or guarantee in relation to any aspect of any third party products or services.