Earlier today we discovered that RIM is expected to announce its new BlackBerry 10 release date  on January 30th 2013, with BlackBerry 10 devices being available shortly after.

Now images have leaked ahead of RIM’s announcement providing us with a glimpse of what we can expect from the new BlackBerry 10 operating system. 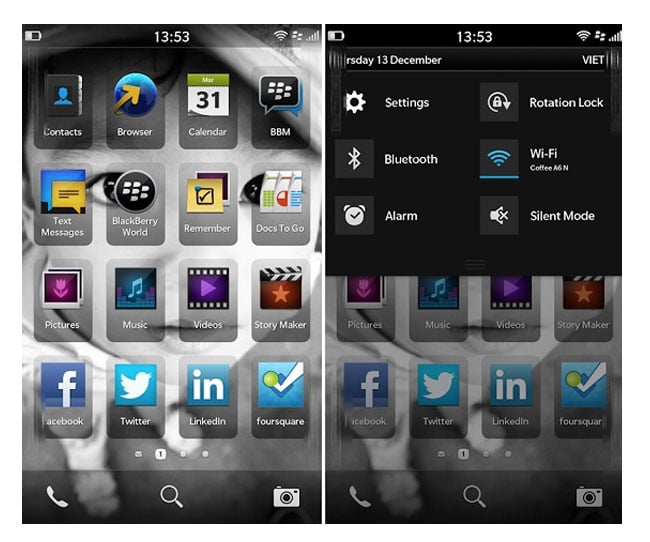 Together with another device equipped with a physical QWERTY keyboard, similar to the current BlackBerry Curve. Unfortunately no information on pricing or worldwide availability has been released as yet, but as soon as information comes to light we will keep you updated as always.