We have already seen a number of leaked photos of RIM’s BlackBerry 10 L-Series London smartphone, which is expected to launch in the first quarter of 2013 along with BlackBerry 10.

Now it would appear that we have an actual video of the BlackBerry 10 L-Series London device, the video below shows an RIM employee showing off the handset in Mexico, although we suspect this wasn’t an official unveiling. 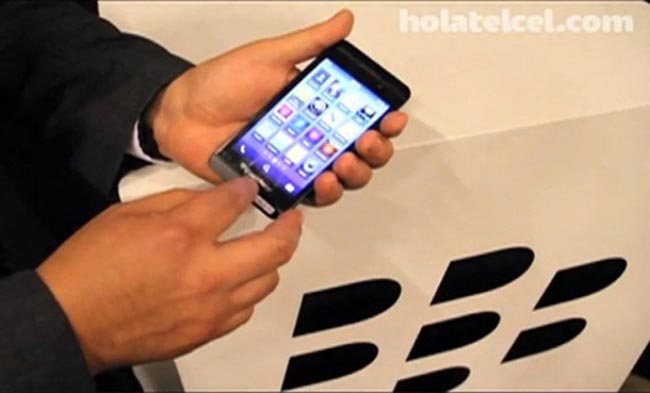 The BlackBerry London is rumored to feature a TI OMAP4 processor plus a 4.2 inch HD display with a resolution of 1280 x 768 pixels and an 8 megapixel rear facing camera plus a front facing two megapixel camera.