In a surprise move Apple has approved a BitTorent application for sale in its App Store. The software called IS Drive has been designed to allow you to managing ImageShack‘s torrent download service (ImageShack Drive is a paid subscription service).

But can also connect to other BitTorrent sites such as IsoHunt and Mininova. 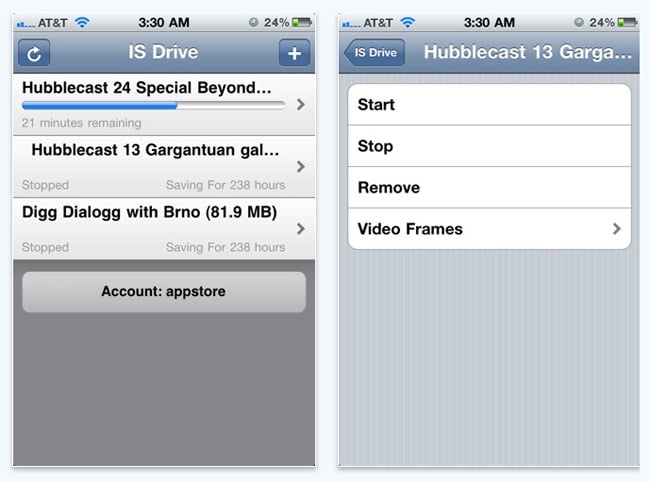 In the past Apple has rejected applications for BitTorrent control app to be added to its store. In a fear that allowing the apps and illegal activity which could undermine its own music and video business.

Torrent is alos not mentioned in the IS Drive description so Apple might have let the app slip through the net. Or it may now be allowing apps of this sort since it relaxed its guidelines a time while back.

What ever the reason the new IS Drive app is available from the Apple App Store for $4.99 iTunes link.

Via Into Mobile Via Mashable