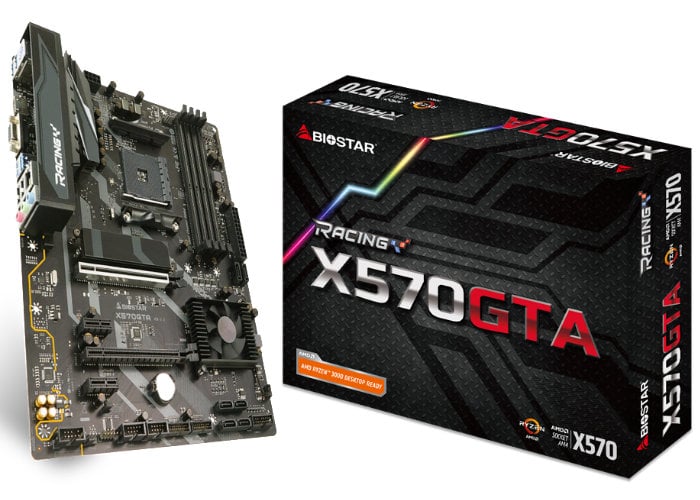 “The BIOSTAR RACING X570GTA, equipped with the latest X570 chipset for AMD socket AM4, brings support for 3rd Gen Ryzen processors, an essential tool for content creators. While designers rely on high performance and responsiveness to render videos or 3D content, which is supported by the RACING X570GTA PCI-e 4.0 lanes (offering bandwidth of 64 GB/s and compatibility for the latest as well as previous generation graphics cards), the users can rest assured their investment in high-end hardware is secured with the BIOSTAR’s exclusive Iron Slot Protection on the x16 lanes which helps handle heavier graphics cards, prevent bending, and extend the longevity of the slots. In addition, PCI-e 4.0 also opens the door to PCI-e M.2 4.0, the latest storage interface which delivers the highest bandwidth (64 GB/s) and offers lower latency, making launching programs such as video and photo editing software, and accessing heavy files a flash.”