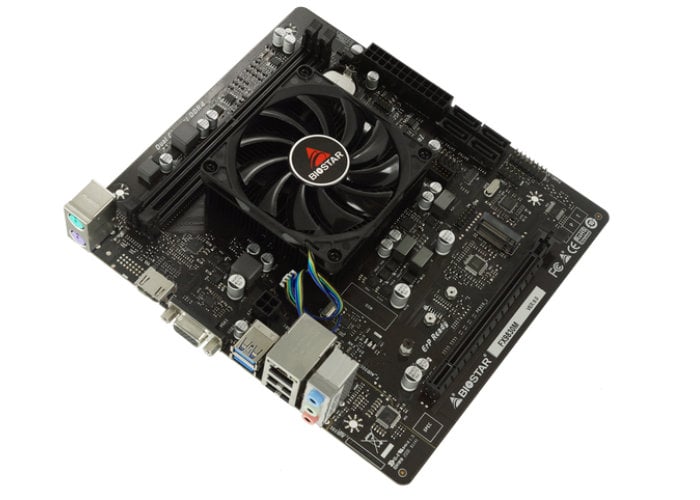 BIOSTAR has this week launched its new FX9830M SoC Motherboard with a built-in AMD Bristol Ridge, 7th generation Quad Core processor and is equipped with features like DDR4 Memory, capable of running up to 32 GB of 2400 MHz on dual channels. Other features include PCIe M.2 16Gb/s which is the latest storage interface, delivering the highest bandwidth with lower latency and it is about 3 times faster when compared to SATA III 6Gb/s.

“The BIOSTAR FX9830M SoC motherboard is arguably one of the best choices amongst its rivals, designed with a built-in Quad Core AMD FX-9830P processor and support for AMD Radeon R7 Graphics. It is undoubtedly a great investment to make when considering your next business workstation that can take advantage of the powerful multi-core platform and all its additional features.”

Unfortunately, no information on pricing or worldwide availability has been released as yet by BIOSTAR, but as soon as information comes to light, we will keep you updated as always. For full specifications jump over to the official BIOSTAR press release.