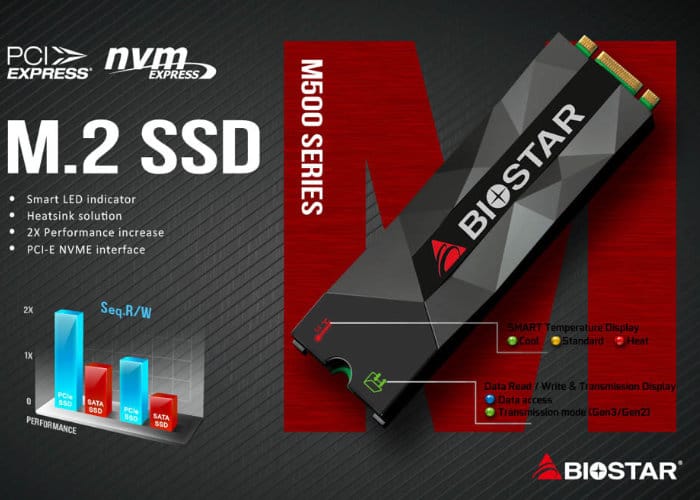 Biostar has unveiled a new addition to their range of solid state drives (SSD) the unveiling of the new Biostar M500 M.2 2280 PCI-Express NVMe range of storage devices which are available in 128, 256, 512 and 1 TB capacities with prices starting from just $59.