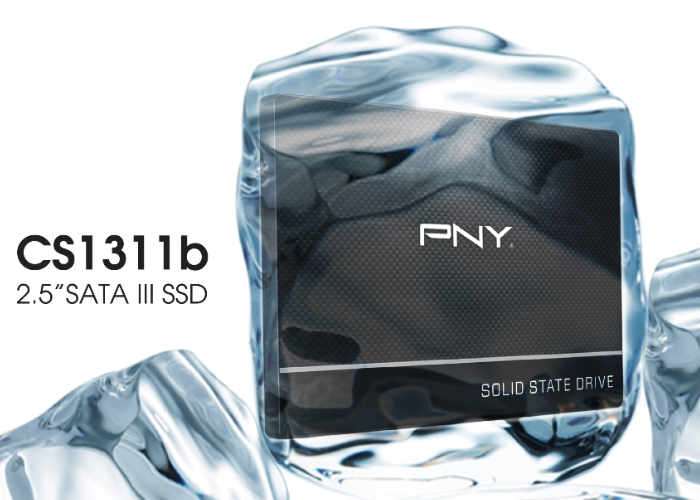 PNY has unveiled a new addition to their range of budget solid state drives (SSD) announcing the launch of the new PNY CS1311b SSDs which come supplied with a full version of the Acronis software enabling you to easily migrate your existing data and operating system.

Powered by the new 3D TLC NAND flash memory, the CS1311b SSDs sport the latest SATA III interface for fast data transfer speeds. The SSDs are available in storage capacities of 128GB and 256GB, thus ensuring that you no longer need to be worried about installing only the OS on this SSD to save valuable SSD space. The 128GB model exhibits fast 410MB/s and 510MB/s write and read speeds respectively, while the 256GB model boasts of incredible 510MB/s and 560 MB/s write and read speeds respectively.

Unfortunately no information on pricing or worldwide availability has been released as yet by PNY, although more information is available from the company’s website following the link below.