A team of researchers at the Fraunhofer Institute for Mechanics of Materials IWM in Freiburg have been developing a new process for the manufacture of bicycle helmets.

The process allows micro capsules filled with a odor-causing oil to be embedded into the bike helmets material during production.A layer of melamine formaldehyde resin encloses the capsules so that they are completely airtight and mechanically sealed. 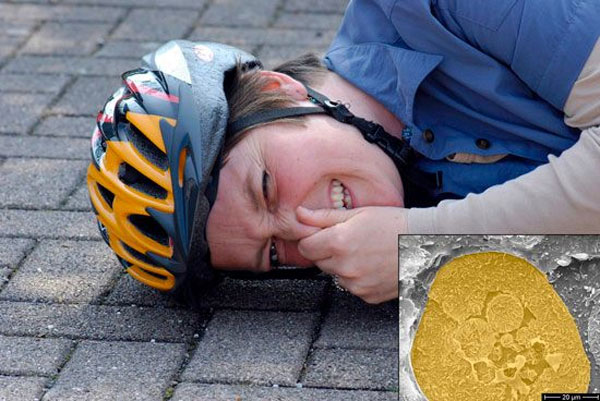 When the helmet takes any large knocks all starts to perish with age and protective barrier around the microcapsules is broken which releases the stinky odour. Identifying that the helmet is no longer suitable for full protection when worn.

Dr. Christof Koplin, a research scientist at the IWM, said.

“Cyclists often replace their helmets unnecessarily after dropping them on the ground, because they cannot tell whether they are damaged or not. The capsules eliminate this problem. If cracks form, smelly substances are released.”

Via Engadget Via DVICE Via Phyorg