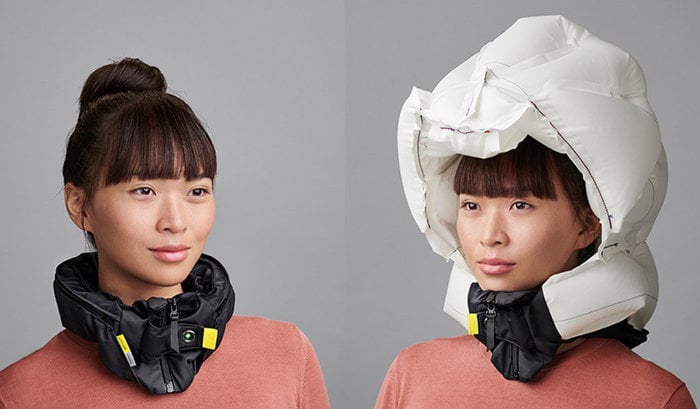 Hövding the Swedish cycling helmet manufacturer has unveiled its third-generation cycling helmet which offers a unique protection system for cyclists in the form of an airbag collar which inflates when a rider falls. Check out the video below to see the system in action creating a soft cushion hood around a cyclists head to protect them. 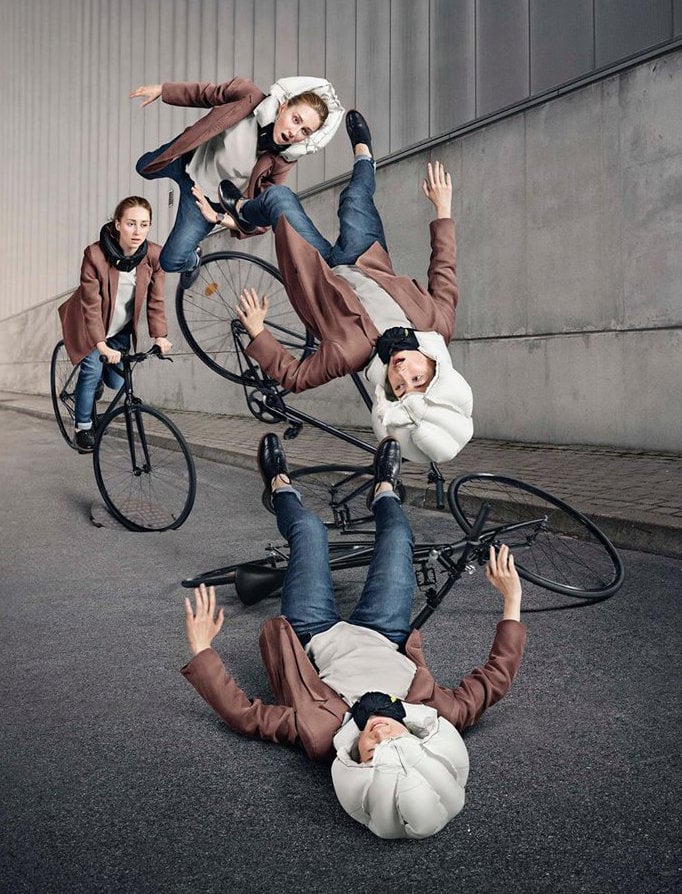 The the hövding 3 inflates in 0.1 seconds and forms a protective barrier, the sensors within the collar monitor a cyclists movement 200 times per second and once an abnormality is detected will inflate instantly. The airbag technology is 8x safer than traditional bicycle helmets, according to scientific studies conducted at Stanford University. 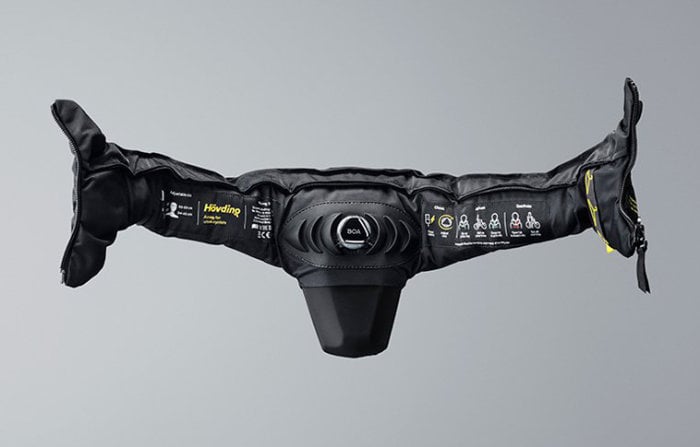 As you would imagine the bicycle airbag collar comes with its own companion smartphone application that can be connected to your iOS or Android device using Bluetooth connectivity. The hövding 3 bicycle helmet is currently available from the official Hövding website priced at £249 or approximately $310. So far, over 185,000 bikers have begun using the product says Hövding.