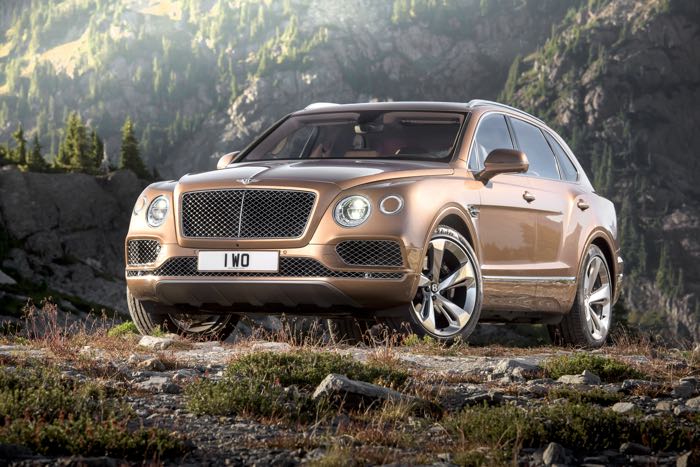 The Bentley Bentayga SUV went official not too long ago and packs a big W12 engine under the hood. That engine has a displacement of 6.0L, makes 600hp, and can push the big SV from naught to 62mph in 4.0 seconds. Rumors are swirling that Bentley is now looking to make an even hotter version of the Bentayga that will focus on road performance.

That hopped up Bentayga will look very different from the current SUV and will be some sort of coupe-SUV mashup. Bentley execs say that the new car will look more aggressive and will be faster. With the Big Bentayga, reaching 62mph in 4.0 seconds the hotter version will be faster.

Along with an updated version of that W12 engine, the new car will get more aggressive styling and will be more dramatic. Bentley product line director Peter Guest said the new car will be “much more biased towards on-road performance. But it will still have four doors and four seats. It might not have as much luggage space as the Bentayga. But it will be much more aggressively styled, a lot faster, a lot more dramatic.”