A UK designer by the name of Kevin Scott just made biking easier for many folk. He created a bike that is able to bend back on itself, making it easier to secure your bicycle if you don’t have a lock handy. 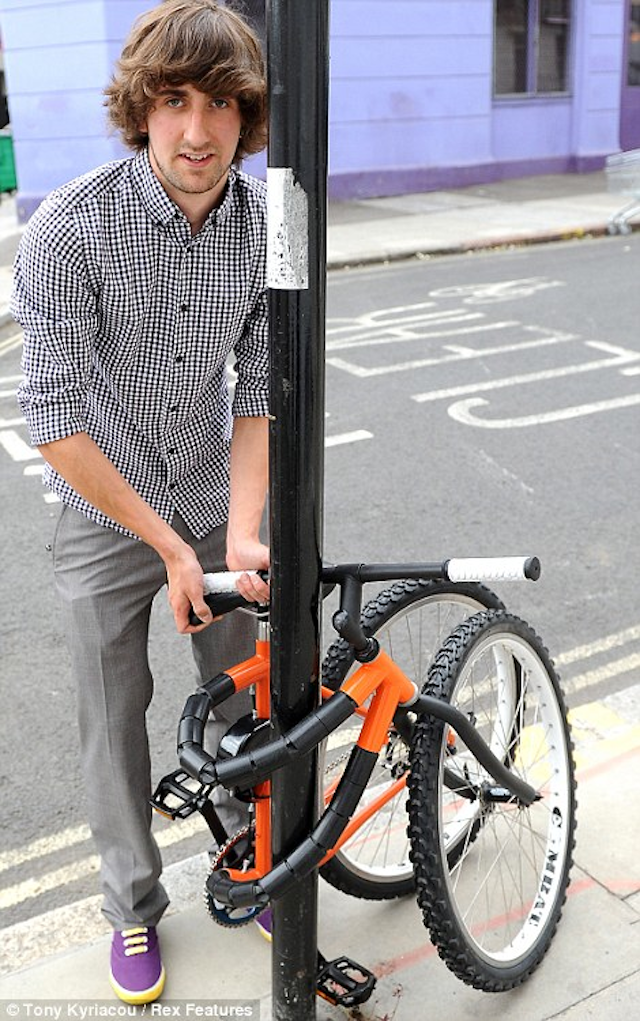 It uses a ratchet system for the frame so that it can be folded on itself with just a flick of a lever. So if you need to leave the bike out on the street, all you need to do is bend it around a pole and you can go your merry way.

The design is currently being showcased in the New Designers show at the Business Design Centre in Islington, London. Right now, he’s looking for funding to commercialize this concept.

More than being a security measure (and confounding more than one potential bike thief), it also lends itself well to storage in tight spaces. Another use for this bendy bike: awesomely crazy bike stunts.

via The Daily Mail