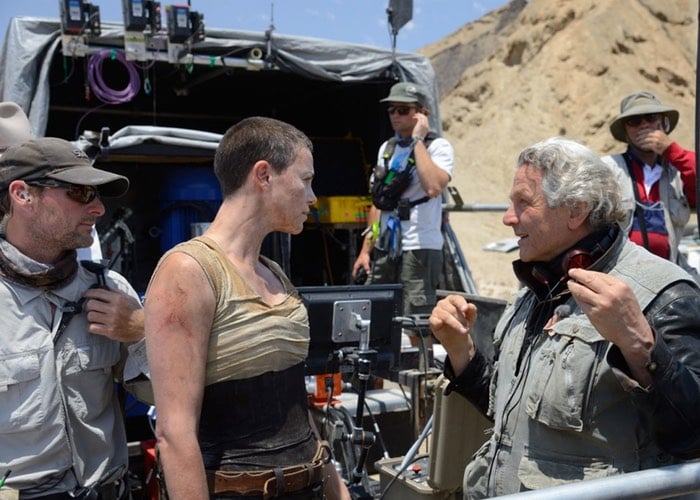 Unlike other movies launched in recent years Mad Max Fury Road uses a lot less computer effects to portray its story, although its always interesting to see where the lines between reality and computer exist.

I’ve been joking about how the film has been promoted as being a live action stunt driven film – which it is. But also how there’s so little CGI in the film. The reality is that there’s 2000 VFX shots in the film. A very large number of those shots are very simple clean-ups and fixes and wire removals and painting out tire tracks from previous shots, but there are a big number of big VFX shots as well.

You shoot the layout and vehicles and gradually everything might get replaced except the camera and the positions of where things were. You may end up with nothing left of what was actually filmed, but the shot still inherits something real from the plate you shot originally. I still believe it’s worth doing for that reason.

Tom Wood, a supporting VFX supervisor on the film added in a recent interview.

Any of the cars driving on the sand and kicking up sand were live action on the sunlit desert in Namibia. We darkened and re-graded the plates and tracked CG cars onto them, but tried to keep as much practical as possible. Then we added 15 layers of CG dust and debris, ankle-deep streams of sand, knee-deep dust lumps, then mini-twisters and piles of rolling dust that engulf the cars and truck.

The use of green screens and computer generated components have been used in movies for many number of years, but the intricacy and detailing that is now being used in the latest movies is pushing the technology to its limits and provides an awesome and immersive backdrop for moviegoers to enjoy.