Scientists at Harvard School of Public Health has discovered more evidence against the real culprit behind Colony Collapse Disorder in bees: neonicotonoid pesticides. 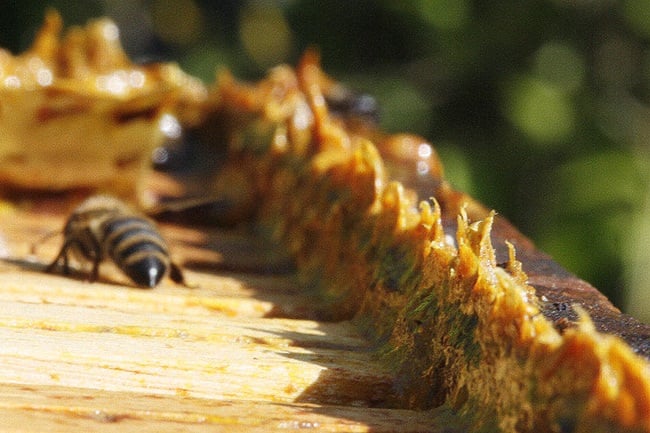 Published in Science journal were their findings when they tried recreating bee collapse through corn syrup hinted with imidacloprid, a type of neonicotonoid pesticides. The chemical does not kill the bees in an instant, but it gradually attacks the bees’ health. In 23 weeks, 15 out of 16 hives that came in contact with imidacloprid suffered Colony Collapse Disorder.

The outbreak in the United States started in 2006, and more and more evidences have supported the hypothesis that the treatment of U.S. corn with imidacloprid starting in 2004-2005 is the major reason behind beehive collapses. What’s the relation of corn to bees, you ask? Bee-keepers have been using high-fructose corn syrup to feed their bees.

According to lead author Chensheng Lu, even a very miniscule amount (20 parts per million) of imidacloprid can lead to Colony Collapse Disorder in just 6 months.