The BBC has announced that its launching a new iPlayer application for the iPad which will be arriving in the UK this Thursday this week and in the US sometime in June 2011.

The new iPlayer app has been specifically designed for the iPad so it won’t function on the iPhone, but you never know there may already be an app in the works. You will need a Wi-Fi connection to watch programs on your iPad from the BBC iPlayer selection but browsing the library will still be accessible through 3G. 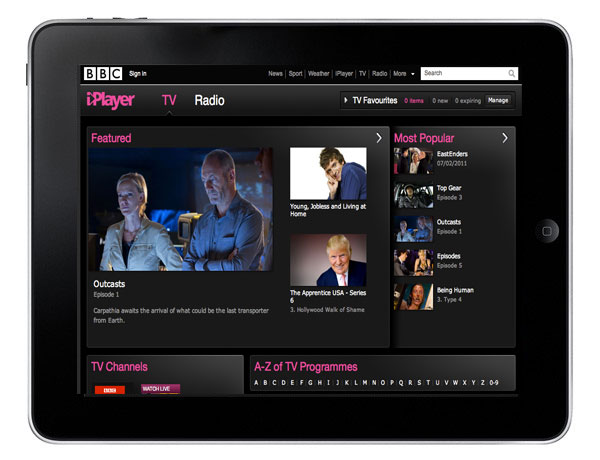 As the BBC catchup service goes International both on the iPad and browser based player, a subscription will be required to fo viewers outside the UK due to the TV License, which UK viewers are required to purchase by law.

Another feature that is being launched this week is ‘interlinking’, allowing the BBC browser based player to link to non-BBC programmes which will go live on the 8 February.