The BBC have updated their BBC iPlayer application on Google’s Android platform, the latest version of the app comes with a range of new features as well as some bug fixes and it will work with Android devices running Android 2.2 and above.

They also said in the release notes that the team behind the application are working to bring the downloads feature that is missing from the Android version to the app, although they did not give any details on when it would be available. 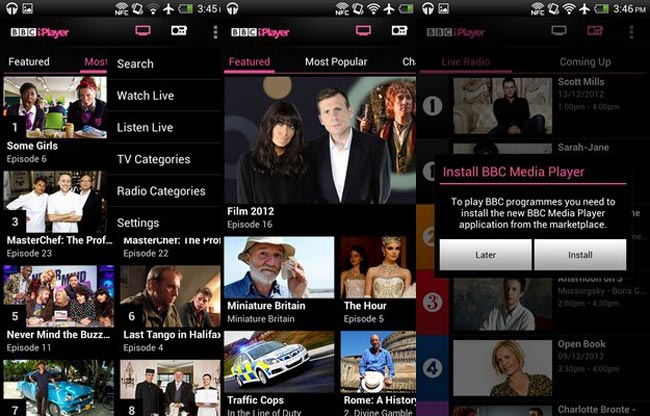 What’s in this version:
Included in this release:
· We’ve re-introduced Favourites – imagine it never went away!
· Image quality and loading times have both been improved.
· As usual we’ve thrown in a number of bug fixes to improve the overall experience.

You can download the BBC iPlayer app for Android over at the Google Play Store.