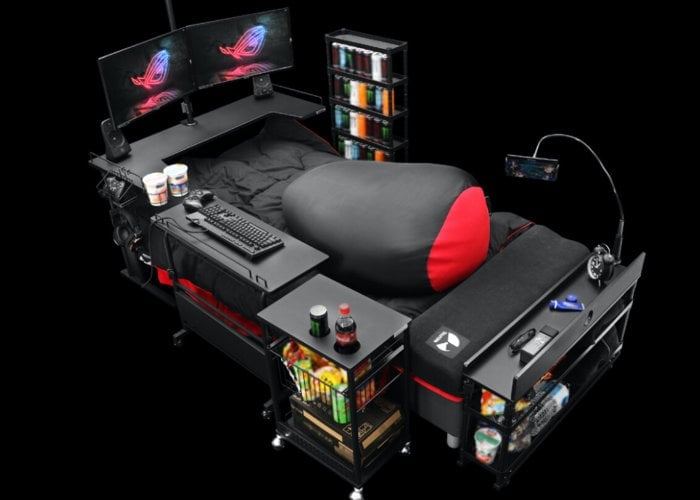 There are plenty of gaming desks available but now Japanese manufacturer Bauhutte has created the Gaming Bed offering a complete system to surround your bed with everything required for extended gaming sessions. The Bauhutte Gaming Bed will cost around $1050 but no details on availability have been announced as yet. 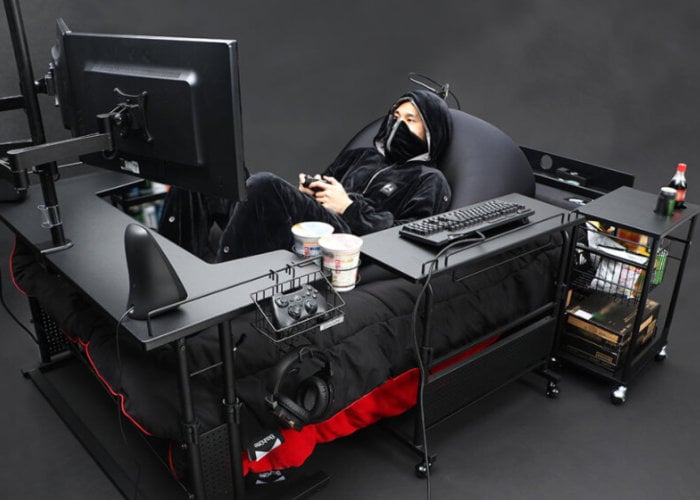 The Tech Power Website explains a little more : “It’s really just a twin bed with shelves and a beanie”, you might say, but I think that there is actual thought behind this product. For one, the fact that it’s a twin bed shows an extremely nuanced thought from the company – as in, “if you’re getting this product, you’re likely single anyway, so why waste the space on something you won’t ever be able to change?”. There are some shelves for your hydrating options and choice of snacks, and there’s even a beanie that you can deploy to give you that sweet, 45º upright position that’s great at avoiding some drainage issues involving the act of drinking and your windpipe. never mind the fact that the keyboard is shown at a 90º angle relative to the user: there’s a tablet support on there so you need do nothing more than move your eyes towards your desired content, whatever that may be.”

For more images jump over to the Tech Power Up  and Bauhutte websites via the links below.