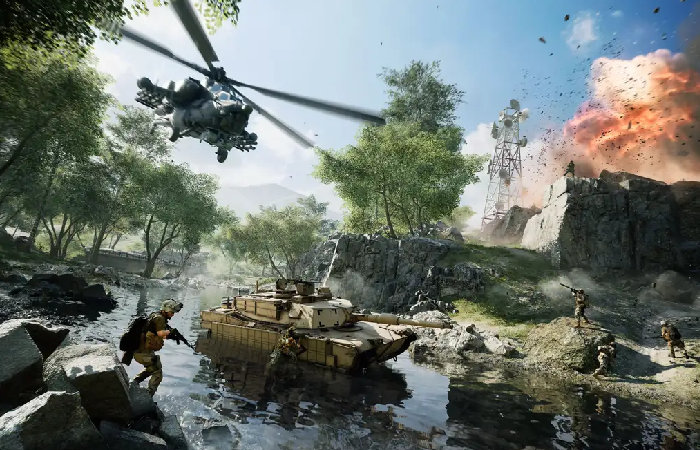 “At its core, Battlefield Portal gives players the opportunity to combine elements (including weapons, vehicles, classes, and much more) from four different Battlefield games to create a wholly new experience. But it goes so much deeper than that. You’ll be able to tweak nearly every element of the experience thanks to a robust editor, then share those experiences with other Battlefield fans. It would be easier to call this user-generated content, but that’s underselling it.”

“Discover Battlefield Portal – an all-new, community-driven platform where players will be able to change the rules of war by creating, sharing and discovering unexpected battles from Battlefield’s iconic past, present, and future. Battlefield 2042 is a first-person shooter that marks the return to the iconic all-out warfare of the franchise. Adapt and overcome in a near-future world transformed by disorder. Squad up and bring a cutting-edge arsenal into dynamically-changing battlegrounds supporting 128 players, unprecedented scale, and epic destruction.”