Battlefield 3 is not a religious experience. But at times it can be spiritual. During the fifteen minutes we spent with it at Eurogamer Expo, there were perhaps five when we didn’t feel like a confused young man caught up in madness he hadn’t signed up for, but steeling himself to see it through. Slightly unusual for your run of the mill Deathmatch game, that. 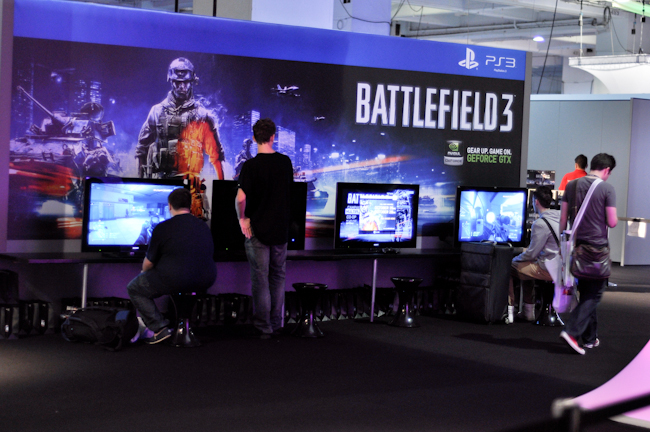 If there’s one axiom when it comes to FPS games, is that they use visual effects as either a blunt instrument or a back of the box bullet point generator. Most of the successful ones do both. Battlefield 3 felt, for that brief period, like a shooter that forgot itself and accidentally went subtly wonderful all of a sudden. We’re not sure what map we played, but we’re okay with that. The experience was much too well orchestrated to be limited to one map. We bet our wisdom teeth every map has its own equivalent of the delicate curtains of smoke, free-floating debris and carefully teased areas of shadow squeezing every ounce of potential from DICE’s near flawless simulation of the human eye’s responses to rapid light/shadow transitions. This has design philosophy written all over it.