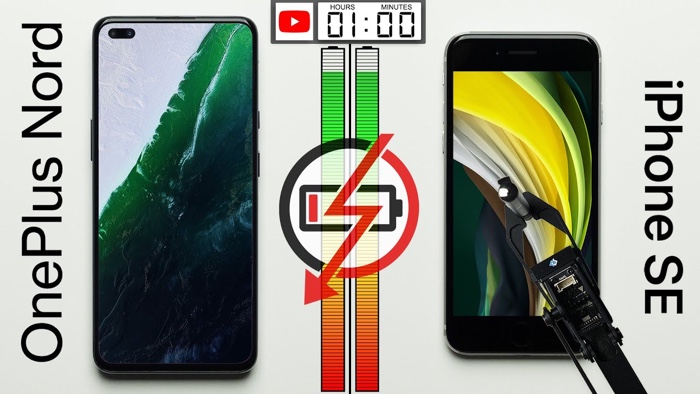 The video below from Phone Buff tests the two handsets side by side in a range of tests, lets find out which one has the best battery life.

As we can see from the video the OnePlus Nord has the better battery life, the device has around 35 percent battery life left when the iPhone SE battery died.