Before you get too excited the image below is a fan-made amalgam using pre-order graphics and does not represent official game artwork for the new games skins. As Rocksteady/Warner Bros have still not yet released any official images of the skins included within their new Batman: Arkham City game.

However to date there are expected to be six skins available within the game but this could increase as the game gets closer to launch. 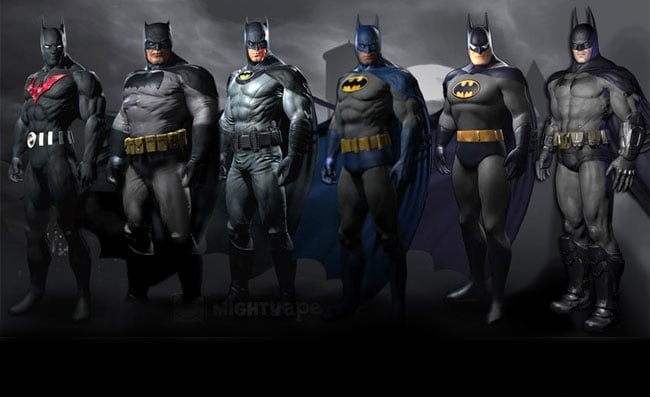 Full details of all six skins and what you need to do to get them are listed over at the ArkhamCity website.