As of next week if you have the Batman: Arkham City game you will be able to enjoying playing as Dick Grayson a.k.a Nightwing in the new pack which will be launched on November 1st.

Nightwing comes complete with his own unique gadgets and special moves, and is playable in all challenge maps in the game, as well as two additional challenge maps that are included with the pack: Wayne Manor and Main Hall. The pack also contains a bonus Animated Series Nightwing character skin. Watch the video after the jump to see Nightwing in action. 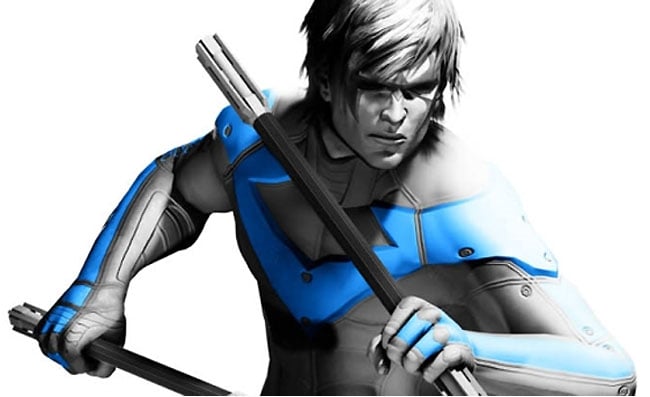 “At a young age, circus performer Dick Grayson watched his parents die due to a trap set by gangsters. Batman happened to witness this event, and seeing a younger version of himself in Grayson, decided to take him in and make him his ward. And thus, Dick Grayson became the first Robin. But a boy has to grow up, and Robin soon became Nightwing”

The Nightwing DLC pack will be available for download on November 1st and will cost 560 Microsoft Points on Xbox Live, or $6.99 on PSN.