It’s hard to imagine a more perfect indie story than that of Bastion, an RPG built around a few exceedingly clever mechanics and a whole lot of clever narration. Well, not that hard, as most successful indie RPGs don’t involve the former Editor in Chief of one of the biggest game reviewing website on the planet, nor a half dozen designers formerly of EA fame. What is actually harder to imagine is that a group of people so steeped in mainstream gaming culture can put out a product that’s so… unique. 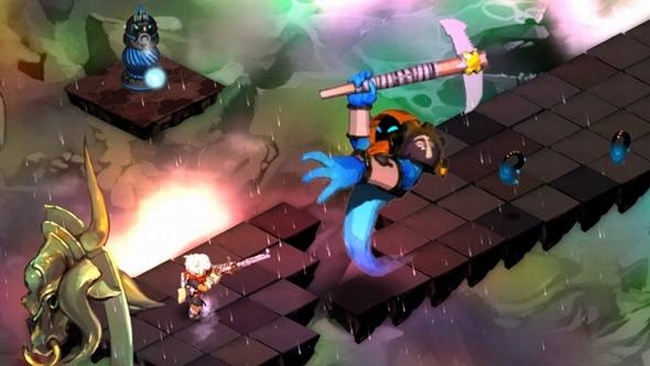 So, to finally come clean, we weren’t really out to spread the news that Bastion is coming to the PC on August the 16th. That’s definitely good news, but in order to appreciate it, you’d have to know something about the game beforehand. The main take away should be the fact the fact that this game exists and is an incredibly compelling bit of artistry. The fact that you can play it on PC as well as XBLA is just the universe compensating for the Black Plague or something.