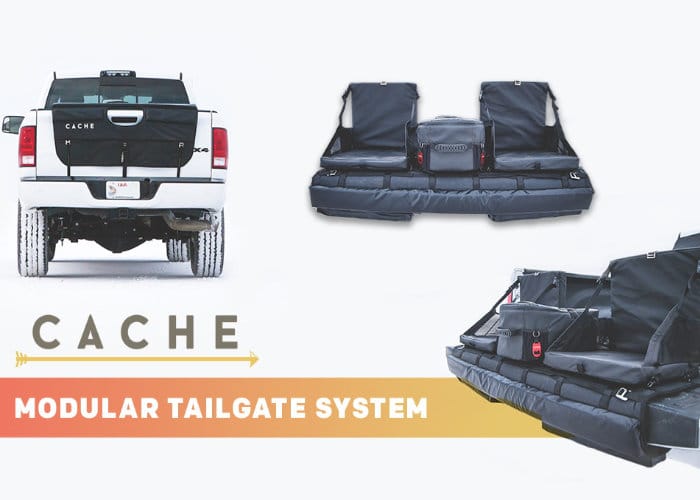 Cache based in Salt Lake City, Utah has created a new vehicle modular tailgate system called Basecamp, designed to transform your vehicle tailgate into the “ultimate basecamp featuring detachable seating, coolers” and more saying its creators. Watch the demonstration video below to learn more about the modular accessories that can be combined to create your perfect tailgate system.

Basecamp has this week launched via Kickstarter with early bird pledges available from just $30 or roughly £23. If the crowdfunding campaign is successful worldwide delivery is expected to take place during January 2019.

“We have spent over two years picking the brains of manufacturers and outdoor enthusiasts, touring factories, and testing and developing prototypes in order to build a solid foundation for Cache. We are not naive to the fact that there may be hurdles along the way, but we are confident that our research and logistical forecasting has prepared us to tackle any obstacle and ensure on-time arrival of your new favourite gear.”

For a full list of all available pledges and modules that makeup the Basecamp system jump over to the official Cache crowdfunding campaign page by following the link below.