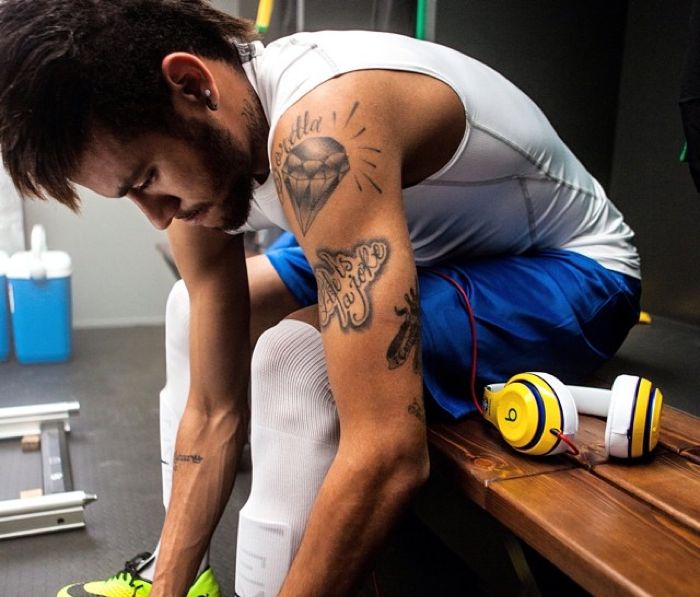 FIFA has banned all of the players in the 2014 World Cup of wearing any headphones to official engagements and matches, apart from Sony headphones, but all the players appear to be wearing Apple Beats headphones.

Beats Audio, which is in the process of being purchased by Apple in a deal worth $3 billion, have had clever marketing strategies in the past, and it appears that they are being noticed at the World Cup.

Popular players like Luis Suarez and Neymar have been spotted wearing the Apple Beats headphones in their downtime, as have a number of other players, which makes the devices more credible, as the players are choosing to wear the Beats headphones rather than the official Sony sponsor headphones.

Beats have used similar marketing tactics in the past, which have worked well for the company. At the 2012 Olympics, Beats gave out lots of their headphones to athletes, at the time Panasonic was the official sponsor of the Olympics, but a lot of athletes were seen wearing the Apple Beats headphones.

When fans see World Cup athletes wearing Beats in their downtime, by choice, it has as much impact as seeing them lace their Adidas [shoes] or sip a sponsored beverage,” Ellen Petry Leanse, a marketing strategist and former Apple and Google executive, told Reuters. “Maybe more, actually – Beats isn’t a sponsor, so the message is more authentic and credible.”

It will be interesting to see if Beats Audio continue to use these marketing strategies in the future when they are owned by Apple, it certainly has worked from them so far, and there headphones are some of the most popular on the market today.