We have featured quite a few cool custom PCs here ate Geeky Gadgets, the latest one is the creation of Paul Bangdiwala, and it is called the Bandi Scarab, and Paul wanted to give the PC a spider like personality, from the looks of the photos he has certainly achieved that.

The Bandi Scarab features an Asus AM3 motherboard, plus a dual core AMD Phenom II 3GHz processor which has been overclocked to 3.4GHz, there is also 4GB of DDR3 RAM, a 60GB SSD as its primary drive and a 250GB HDD as its secondary, on top of that their is also an 550W OCZ Fatality PSU. 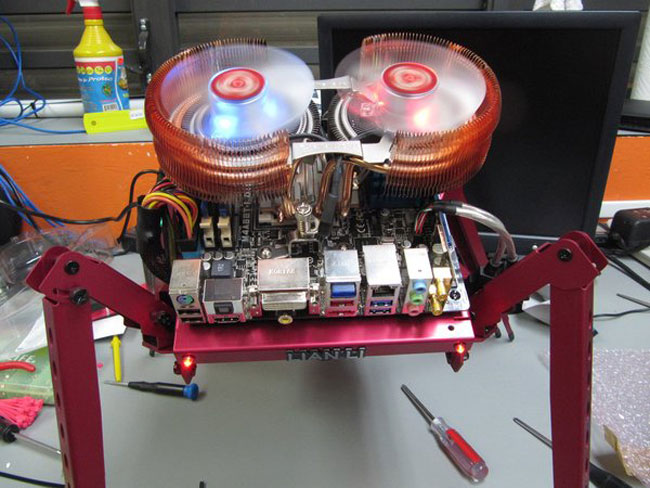 Have a look at the gallery below with a few photos of this awesome custom PC.

There are lots more photo’s and details of the Bandi Scarab PC over at Paul’s Behance page, make sure you head on over an check them out. Apparently this cool custom PC is up for sale, although there are no details on how much it will cost.

You can find out more information about the Bandi Scarab over at Paul’s new website Bandi Tech.