We have featured a number of high powered handheld lasers here on Geeky Gadgets over the years. Now one has been used to attempt to set a world record balloon popping record. Watch the video after the jump to see the world record attempt in action. 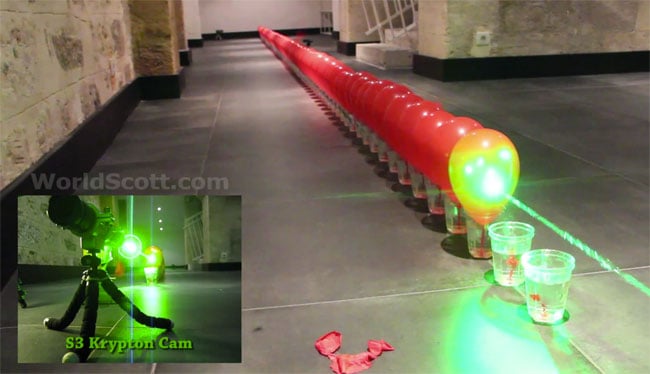 The attempt used 100, 15.2 cm balloons, and has been submitted to the Guinness Book of World Records for officiation. As you can see from the video as the laser moves down the line of balloons the time it takes to pop each one takes a little longer as the power of the laser decreases over the extra distance.