True to the antiseptic language oft-used by defense industries worldwide, the family of vehicles BAE recently unveiled to the U.K.’s MOD were “innovative technologies and concepts for short, medium and long term exploitation into future lightweight land platforms.” 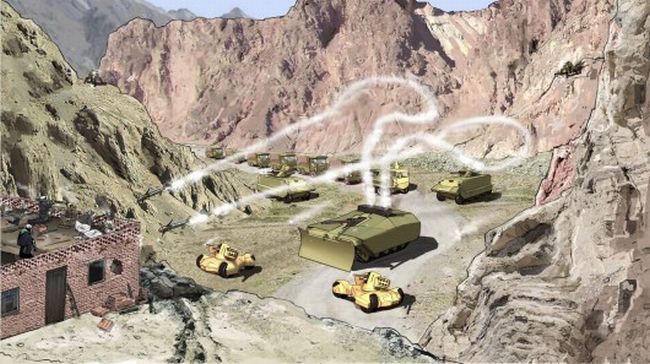 The “land platforms” mentioned above include several new combat vehicles, some remote-controlled, some armored like World War 1 behemoths, all skirting the farthest edge of high tech. If the missile-firing bulldozer tank called the Charger is anything to go by, Cobra Commander must think twice before launching an attack from his secret lair somewhere, uh, secret.

But as concepts go, these might be just too far out for the next ten years, especially at a time when the U.K. is scrapping its Harrier fleet to curb government expenses. Besides, some of the BAE systems like the A.I. driven scout the Pointer and the Wraith smack too much of Skynet. If we aren’t careful, the machines are going to overthrow their human overlords.

Also, judging by the concept art up north, some of the vehicles are being depicted in rugged terrain similar to Afghanistan. We doubt super high tech weapons will put an end to the conflict over there, since the bad guys hardly bother using anything high tech weapons themselves but still wreak much havoc.

Let the immortal words of Israeli Air Force General Ezer Weizmann ring true: “The human factor will decide the fate of war, of all wars. Not the Mirage, nor any other plane, and not the screwdriver, or the wrench or radar or missiles or all the newest technology and electronic innovations.”