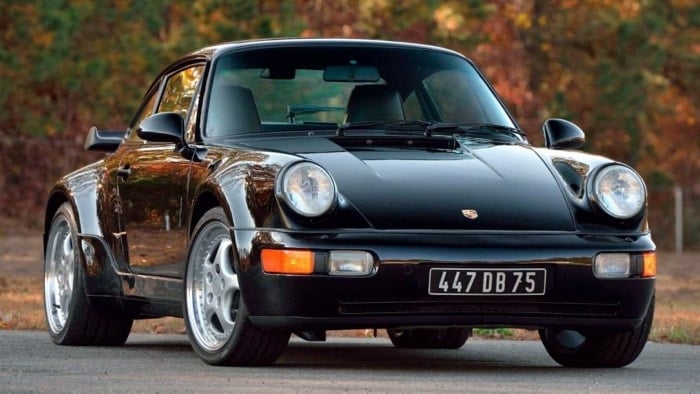 The original Porsche 964 911 Turbo is up for auction, this is the same 3.6 litre 964 Turbo that was used in the original Bad Boys movies and driven by Will Smith.

The car can be seen in action in the video below from the original movie when it outruns a Cobra, the car is driven by Martin Lawrence in this scene.

The Porsche 964 911 Turbo is already a rare car as only 350 were released in the US market in 1994 and it being featured in the movie makes it even rarer.

Here are the details on the car:

You can find out more details about the original 911 Turbo from the 1995 Bad Boys movie over at the autionn website at the link below.