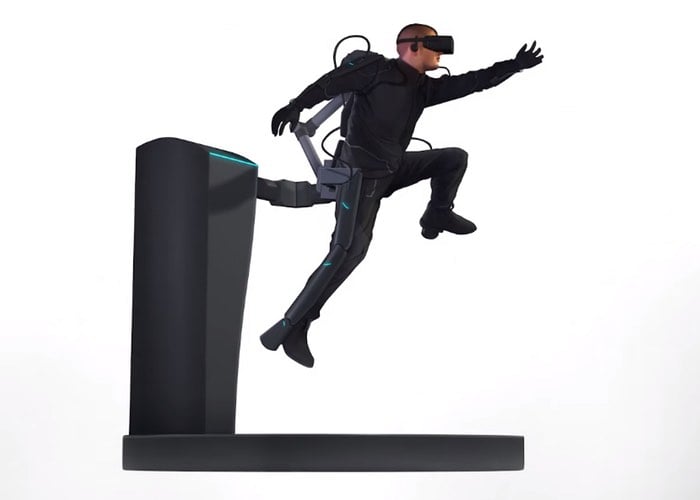 AxonVR co-founders Jake Rubin and Dr. Bob Crockett have this week revealed more details about the Haptic Exoskeleton Suit which is currently under development and being created to provide virtual reality users with a completely immersive experience.

Watch the video below to learn how AxonVR our developing a new system that allows you to feel in virtual reality environments, and bridging the gap between the real world and the digital world. 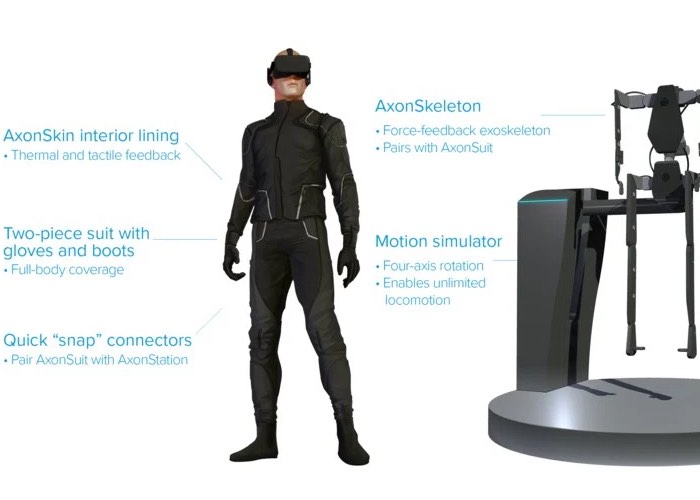 Unfortunately no details on when and if the system will become a consumer virtual reality project has been announced as yet. But AxonVR has raised $1.2 million “from friends and family, and it is currently oversubscribed in an ongoing $3 million seed round.” The Road to VR website explains a little more about the system and what you can expect from using it

Dubbed ‘AxonSuit’, the company aims to deliver a full-body haptic suit using a sort of smart textile that marries pneumatic actuators and a reactive thermal layer. And if that was their only game, they’d really have their work cut out for them—as the prospect of fashioning an entire suit on the technology shown in the video and developing a robust exoskeleton platform would be considered nothing short of revolutionary for the VR industry.

The second part of the Axon platform is a piece of kit called the ‘AxonStation’, an exoskeleton designed to give force feedback and simulate free locomotion. We haven’t had a chance to try out a prototype yet, but a clear concern for any locomotion device such as an omnidirectional treadmill (or any consumer fitness machine for that matter), is the device’s inherent robustness. More moving parts usually means more points of failure, and when you’re relying on an actuator to stop your foot while you’re supposed to be climbing the millionth stair, or making a parkour jump to the next platform, you need something that will support your weight time and time again, and with little to no chance of breaking.

As more demonstrations,details, specifications, launch dates or pricing are released for the AxonVR Haptic Exoskeleton Suit we will keep you updated as always.