If you fancy yourself as an origami master, you might be able to tackle building these amazing origami Star Wars creations, which have been created by Martin Hunt.

Martin is studying maths at Southampton University, but in his spare time crafts Star Wars vehicles and robots such as R2-D2 from paper using origami techniques with great effect. Watch the video after the jump to see him in action. 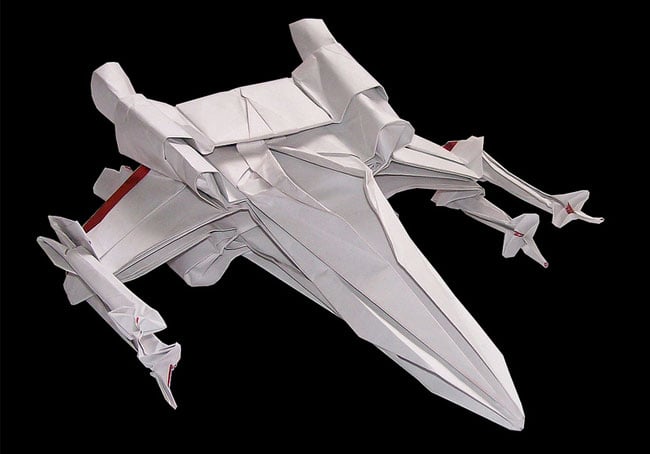 Martin has created 20 Star Wars origami designs and has another 83 designs in the pipeline which he hopes to soon publish to his website starwarigami.co.uk. martin explains:

“The rules of what you can do with a single square of paper are fixed,” he says. “It’s not just a case of putting brush to paper and letting your imagination run riot.”

In October, Martin exhibited some large-scale versions at the London MCM Expo and Comic Con, and he’s now seeking a publisher for a book of all the creations for others to then be able to enjoy the build process.