We have featured quite a few steampunk inspired USB drives here at Geeky Gadgets, the latest one is the creation of Tarator from Russia, and it is probably one of the coolest USB drives we have seen.

As you can see from the photos below, this awesome steampunk USB drive features a 5 wheel combination lock, it was designed using AutoCAD software and then all the parts were individually machined and assembled. 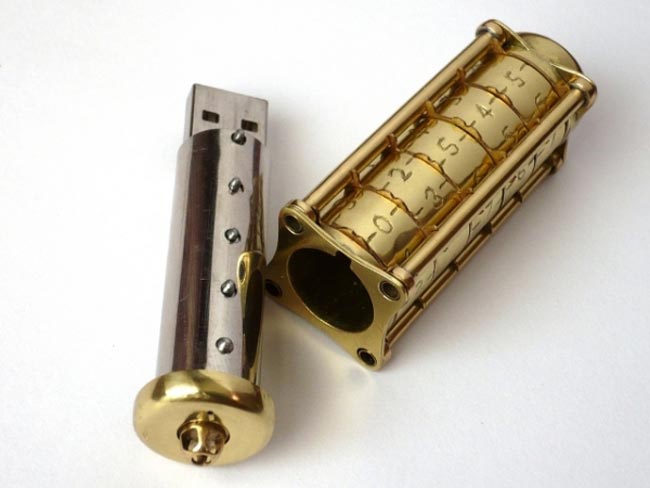 It doesn’t say which metal was used, although it looks like brass from the photos, and it looks like a serious amount of work went into making it.