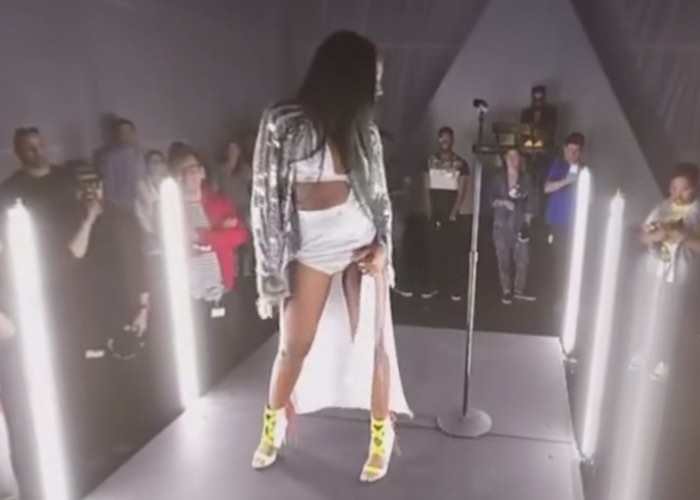 Google has this week provided us with a taste of what you can expect from 360 degree videos and has published its first YouTube Live 360 performance which stars indie pop star D∆WN!

Check out the 30 minute interactive YouTube Live 360 degree video performance and interview below, which can be viewed in your browser without the need to wear any virtual reality headsets, any extra hardware or software plug-ins.

Welcome to the first ever 360-degree live stream from the YouTube Space LA, with The Verge’s Emily Yoshida and indie pop star D∆WN! This musical performance — a little bit R&B, a little bit EDM, a little bit sci-fi — is a big step into the future of 360-degree video and VR for YouTube.

Whether it’s a sporting event or a concert or even a family gathering, all of us have had the feeling of wanting to be somewhere we couldn’t. But these days, virtual reality and 360-degree video can help get you one step closer to actually being at those places and in those moments. Today, we’re taking immersive video even further with 360-degree live streaming on YouTube.