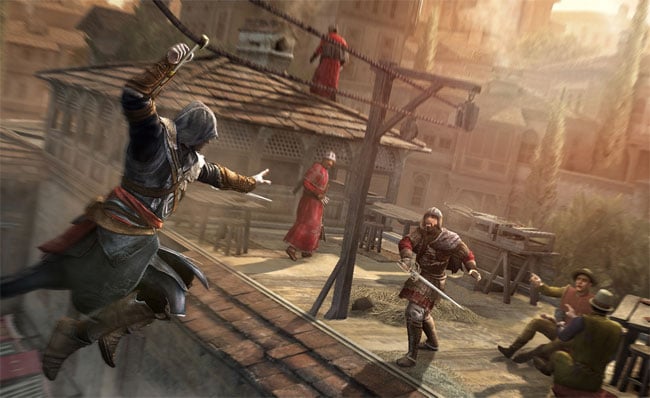 In the new Assassin’s Creed Revelations game, master assassin Ezio follows in the footsteps of the legendary Altaïr on a journey of discovery and revelation.

It is a perilous path that will take Ezio to Constantinople, the heart of the Ottoman Empire, where a growing army of Templars threatens to destabilise the region. Assassin’s Creed: Revelations game that will be released on November 15 for PC, PS3 and Xbox 360.