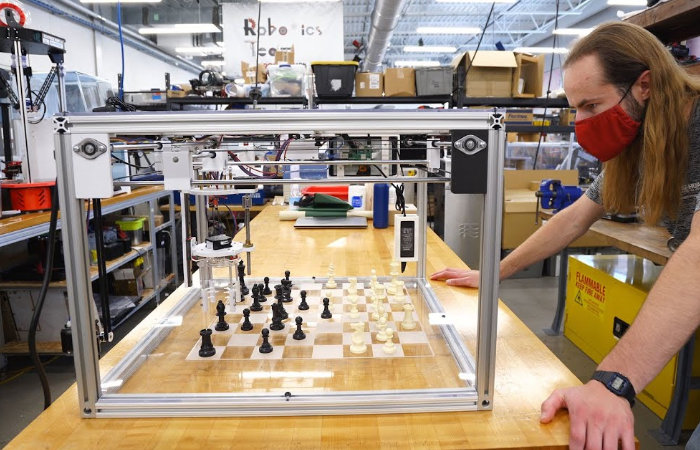 Electronic and robotic enthusiasts searching for inspiration for their next project may be interested in this autonomous chest robot created by recent mechanical engineering graduate Josh Eckels. The chest robot combines artificial intelligence and elements of mechatronics, allowing you to test your chess skills against the opposing robot player on a full-size physical chessboard. Check out the video below to learn more about the project, which includes mechanical parts created using 3D printers and Arduino hardware. 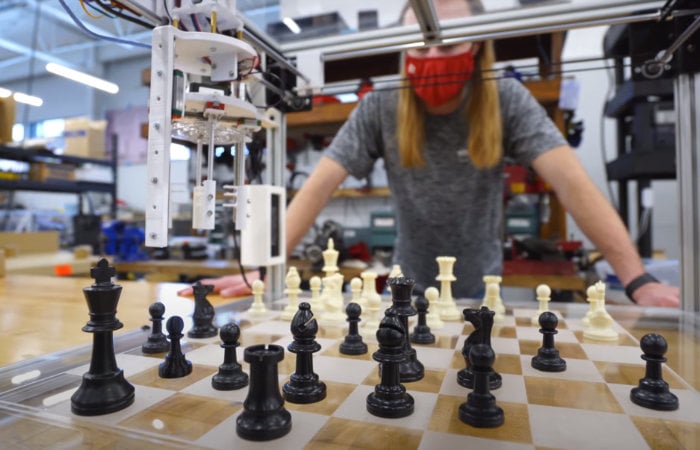 “You create a challenge when you take on a project like this. I wanted to see it through to the end and to my satisfaction,” Eckels says while arranging the 32 black and white chess pieces at their starting positions on the 64-square game board. “I really wanted to do something that would encapsulate all of my technical skills and what I have learned so far. I saw it as a nice closure to my Rose-Hulman career.”

“Fortunately, everything I needed to develop this chess robot was right here on campus. All it took was the extra time and effort to move from my original concept (for the winter course) to the final project,” Eckels said. “The MakerLab was a great resource for me, as it is for other students. I just found some space and went to work. Nobody bothered it along the way. In fact, others, including several campus visitors, came by and admired what I was doing. That encouragement helped keep me going.”