It’s called the FiiK. If you think it’s an odd handle, so did we until we learned it stood for “Future Is In Knowledge.” You see, the Queensland natives (brothers actually) have been improving their motorized skateboard technology for the better part of 10 years. 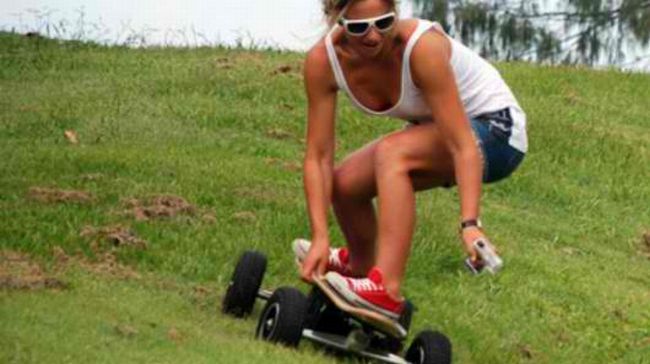 The constant improving has paid off with these sweet machines that, as the picture above indicates, are fully capable of transporting its rider off road. The real genius of FiiK, however, is they have grown within the confines of a simple skateboard. Simply put, there are a lot of FiiK variants available, from a rugged snowboard type to something more suitable to a trip around the corner.

Another interesting feature of the FiiK family is the modular options. The tires and [rechargeable] batteries of the different FiiK types are replaceable with more attractive replacements that could increase the ride’s performance to 37km/h. FiiK’s also come with a handgun shaped remote that’s not suited for pewpewing neighbors but perfect for controlling the brake system.

Having dealt with the cool details, here’s the part that will make you go ‘Argh!’ A single Fiik skateboard with a souped up iron phosphate battery costs $1600.