Audi has released a new image of its RS Q3 concept, which its prepared to showcase at the upcoming Beijing Motor Show. The RS Q3 is equipped with a 360 hp engine and is capable of zipping from 0-62 in just 5.2 seconds. 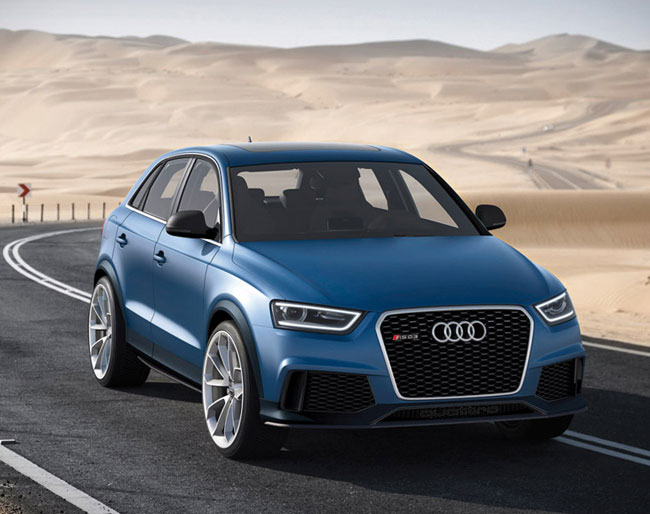 The concept Audi RS Q3 has a top speed of 164mph and features a seven-speed S-tronic transmission and quattro all-wheel drive, powered by the engine in the TT RS a 2.5 TFSI 5-cylinder.

Other features of the concept Audi RS Q3 include exterior upgrades like a honeycomb grille, tinted headlights, and a carbon fiber-reinforced polymer front spoiler, finished with 20″ wheels with thirty-series tires.